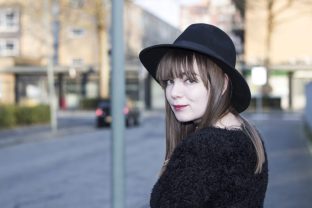 Let’s start with the beginning, shall we? Hi there! My name is Angela, I’m 25 years old, I sometimes blog about my life, which includes being chronically ill. It might be handy to know what chronic diseases I have: I have 3 lung diseases, Hyperventilation Syndrome, exercise asthma and general chronic asthma. Then I have irregular blood levels, irritable bowel syndrome, Developmental Coordination Disorder ( also known as dyspraxia), attention deficit hyperactive disorder, Hypermobility syndrome (also know as hyperreflexia) and Fibromyalgia. These bastards have made my life a bit difficult.

Before my diagnosis I already was a bit off. These diseases don’t come in one day.. They have always been there and I have noticed them… but I just didn’t know why I was the way I was. I have to say that the moment I got my diagnosis that I understood a whole lot more. I’ve never been good at sports, my lungs just couldn’t take them. Falling down was my number one talent. I was constantly in pain. My immune system was really low so I was sick a lot… things like that. Being like this was difficult; but what was more difficult was having friendships. I can tell you that when you are around 13 year old, & have all these problems, that not a lot of kids want to hand out with you. So I was stuck sitting at lunch all alone. Until I met a bunch of other ‘weirdo people’ (as we were called) who were totally okay with me.

I had the same problem with making friends in my younger years, only having about a handful of friends and this continued through all the years. I must say one thing though… getting my diagnosis really helped me to find my real friends. A lot of people just disappeared on me. Fibromyalgia is a form of rheuma – I’m 25 years old and I have the body muscle and bone structure of a 70 year old. My joints also pop out of place and all that jazz. Not an easy person to be friends with. Each diagnosis I lost more friends, because they just couldn’t handle it or couldn’t understand it. I’ve even had a few that thought I was making it all up to seem more interesting. Like I would make up being in pain all the time. I’m still a bit fed up about it, sorry… I’ve had to cancel appointments, because I was too tired or in too much pain. People didn’t seem to take that well at all. It was a shame really, but in the end just a few stayed.

I’ve always been good at messages and trying to keep friendships alive. But as I became sicker and more tired this became more and more difficult. It began to become exhausting to answer messages and to post something on social media. I ended up going to school, coming home, reading a bit and then going to sleep. I began to experience sensory overloads as well. It just became worse and more people turned away from me.

Then there is one other thing I want to talk about: Forgetting things, also called brain-fog… my so called friends did not like that. Oh no they didn’t! I began forgetting to message back; that was the first step… then I forgot to even come to a party – just because I was too tired to remember. When I ended up on that point I basically ended up with barely any friends at all. They couldn’t understand how you could forget something like that. So I lost almost all my friends then… I think everything together was too much for most people. One thing though… I now have friendships that are worth the world for me and I have a wonderful boyfriend. I’ve began to surround myself with people who accept me and actually worry about me when I’m not feeling well.

Throughout this, I’ve noticed one thing though; most of my friends are having some issues as well. We understand each other. We know what we’re going through. We don’t mind it when you don’t message us, we understand. Darling, you’re too tired. Take your rest and we will talk another time. In my friend group we have such a wonderful understanding of each other. We’re connected by this one thing; being ill. It’s weird, right? But now a days I’m happier than I have every been! Of course it makes me sad that I’ve lost so many friends. I only have two friends left from early on in life. These two are worth the world to me. They’ve been with me through pretty much everything. Then there are also so many people I’ve met along the way and they also mean so much to me. They help me when I’m down, send me messages to see if I am all right if they didn’t hear from me for a while – it’s truly magical.

The moral of this story is that even when everything is looking down for you, you’ll get back up. There will always be people that are there for you. Maybe you just didn’t meet them yet! People can be both horrible and amazing.. Just concentrate on the amazing ones!