I’m taking the tiniest break from my week off to do a fab triple cover reveal! Joy Penny’s fabulous series Stay in Touch already has one book out, called Touch of Fondness, with the second, Touch of Heartache, being released in early December! But, that’s not all; the third & fourth books, Touch of Comfort & Touch of Romance, will be released in 2018.

Keep reading for the synopsis of the up-coming
Touch of Heartache, as well as the cover reveals for
books two, three & four! 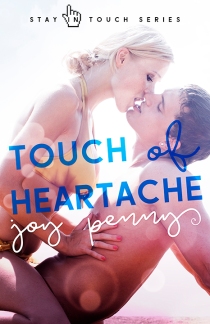 Just weeks before graduating, Lilac Townsend throws away her elementary school teacher job offer in Minnesota to work in Florida at the official resort of her favorite vacation spot, Tildy World. Pushing down all second thoughts, she fills her mind with visions of sunny beaches and Tildy Tapir, the cartoon character who always promised to make her childhood dreams come true. Unfortunately, between a sleazy boss and a community college student in a character suit who manages to fray her last nerve, Lilac soon learns that working behind the scenes at the park is hardly “happily ever after.”

Nolan Gregosky had plans after graduating high school a few years back: go to college, join a fraternity, and make some memories before earning a degree. Instead, tragedy sidelined those dreams, but his job posing for pictures with drooling, snot-nosed kids as Silly Sandgrouse gives him a chance to unload some pent-up energy. When the stunning but uptight new assistant manager at the resort proves a distraction in more ways than one, Nolan realizes it’s up to him to show her what it means to eat, live, and breathe life at the park.

either of them, but it’s hard to ignore that tingling sensation whenever the paths of this plush-suit beast and naïve beauty collide.

Cover Reveal for Touch of Comfort & Touch of Romance 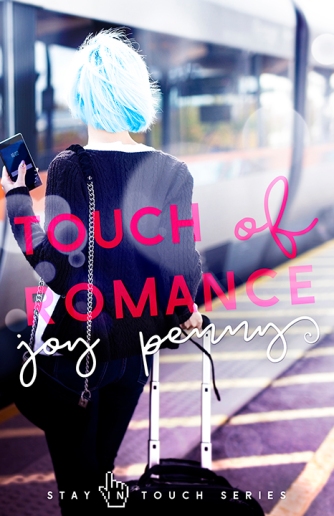 If you fancy getting you hands on the first book of the series you can do so here:
Amazon.co.uk | Amazon.com | Audible | Barnes & Noble