In the last few years I have taken quite a lot of different medication so I thought I would write a post for this series about everything I’ve taken & my experiences with it all. This probably won’t interest a lot of people but I wanted to do it anyway just incase it ends up helping just one person deal with their chronic pain. I’m only going to talk about the medication I’ve used for the symptoms related to my syringomyelia, lordosis & fibromyalgia – I can’t remember all of the antibiotics I’ve taken because of my kidney & bladder.

I ended up coming off of Amitriptyline as I was starting to have strange dreams & would wake up very confused; it got so bad that when I woke up one morning I was convinced I was Queen Elizabeth I for about 5 minutes… I was actually reading about her at the time & so had had her in my mind before going to sleep; the next morning I ended up having a panic attack because the Queen in me couldn’t work out why I was in my bedroom & not some grand room in a castle (yes, I know, this story is totally ridiculous). When I told my pain nurse about this incident we both had a good laugh & she decided that I had probably been taking Amitriptyline for too long & that my body had decided it didn’t like it anymore; I was moved onto its cousin drug Nortriptyline.

You can find out more about Amitriptyline using the links below:
Web MD | Arthritis Research UK | netdoctor

I used codeine right at the start of my spoonie experience, back in 2013; it was one of the drugs I was given whilst I was learning to walk again, but I wasn’t on it for very long. Unfortunately, Codeine didn’t really work for me; I got very minimal pain relief from it but ended up as high as a kite, & I pretty much always got headaches… in the end it just wasn’t worth it. Co-codamol, a drug that contains Codeine, does work really well for my mum though – but it does make her sleep a lot.

If you want to learn more about Codeine you can do so using the links below:
netdoctor | patient | Pharmacy2U

Diazepam was the second drug I was given after my GP finally understood that paracetamol & ibuprofen just weren’t doing it for me – originally I tried Codeine, but as I said before, it didn’t work for me… this is when I was was given Diazepam. Diazepam is a very controlled drug in the UK as it is a very strong pain killer, but also because it is highly addictive; I’ve always been very lucky because I haven’t experienced any medication addiction, but it apparently causes between 300 & 500 deaths in the UK every year (according to the Daily Mail).  Due to it’s addictiveness I wasn’t allowed to be on Diazepam for very long (which is why I was moved onto Tramadol, which is discussed below) but whilst I was on it it worked wonders for me, even if I was high after I first took it. Diazepam is the only thing, other than morphine patches (discussed below), which has properly worked for me & I hate that I’m not allowed to go back on it permanently because of its addictiveness.

If you want to find out more about Diazepam (also know as Valium) you can do so using the links below:
drugs.com | heathline | MedicineNet

I was put on Gabapentin alongside Tramadol (discussed below) after my first appointment with a pain nurse. I was told that Gabapentin would help reduce my muscle spasms, would help me sleep better & would also work as a pain killer. I was on Gabapentin for months, but looking back I’m not really sure why I stayed on it for so long – the drug definitely did not help reduce my muscle spasms, in fact, it actually made them a lot worse. When I came off of Gabapentin I didn’t notice much of a difference in my pain levels (I was still taking Tramadol) but it’s very possible it did help when I first started taking it. I decided to stop taking Gabapentin because my muscle spasms were getting ridiculous & I had worked out that the Gabapentin was definitely the cause – it got to the point where my knee would shoot upwards into a table when I was eating or I would kick out during a lecture & kick the chair in front of me. I have heard that Gabapentin can be a godsend for some people, but for me it just ended up being a total nuisance.

If you want to find out more about Gabapentin you can do so using the links below:
drugs.com | NHS | healthline

I started to use morphine patches when tramadol (discussed below) stopped working for me; by this time I had been on pretty much every single pain medication out there & my specialist told me this was basically my last option. I was really worried that I wouldn’t be able to use morphine patches as I had previously tried oral morphine (discussed below) but hadn’t been able to stay on it because it made me totally delirious… thankfully the morphine patches have actually worked & I finally have a pain killer that actually helps reduce my pain by a considerable amount – up until using the patches I had only been able to get minimal pain relief, but the patches help me more than anything else ever has; they’ve totally changed my life.

I do have one issue with the patches though – my skin does not approve of them! Without fail every single patch leaves my skin sore, raw & itchy, & my most recent page left me with an skin infection. I put my morphine patches on my thighs & I always have squares of dry or discoloured skin because of them – the areas of skin do eventually heal though, especially with the help of E45 cream.

If you want to learn more about morphine patches you can do so using the links below:
netdoctor | emc

If you want to find out more about Naproxen you can do so using the links below:
drugs.com | NHS | WebMD

As I said previously, I was put on Nortriptyline after I started to experience strange side effects from Amitriptyline; I’m not even sure what the difference between the two medications are as they seem to have worked in exactly the same way, but apparently they contain different stuff. Naproxen works really well with helping me sleep (I often refer to it as my sleeping pill) & as with Amitriptyline I take it around 12 hours before I plan to get up. The only real problem I’ve had with Nortriptyline is that it can make me feel a bit sick when I first take it – I get a horrible headache that makes me feel like I’m going to vomit, but I’ve never actually been sick because of it.

If you want to find out more about Nortriptyline you can do so using the links below:
drugs.com | WebMD | healthline

In the UK morphine is generally thought of as the go-to pain drug; it is used in all different scenarios & in general works really well for people… the only issue is, when you’re in hospital it’s introduced to the body via. an IV line & this isn’t an option when you’re not in hospital; instead most people take it in tablet form. I tried using morphine tablets when Tramadol (discussed below) started to stop working for me; but I ended up back on the Tramadol because the morphine tablets were a total disaster. I only took oral morphine twice at home, & both times were horrific – I felt like the room was spinning & I felt incredibly unwell… I also became really spaced out & couldn’t focus on anything in the real world – something that really wasn’t an option when I was at university. No drug has ever had that kind of effect on me & I was totally heartbroken when I realised that using morphine wasn’t going to be an option for me as my GP had told me that that had been my last option – I was so relieved when my specialist mentioned the morphine patches to me.

If you’d like to find out more about morphine then… oh you know the drill by now:
NHS | drugs.com | patient 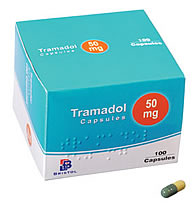 So far Tramadol is the drug that I have used for the longest; I was probably on it for close to two years, but I eventually gave it up because it was no longer working for me. Tramadol never took away all of my pain, but it reduced it enough that I was able to pull myself out of bed most days. When I first started to take it it made me drowsy but after a while I was able to handle this & it didn’t really affect my day-to-day life; although it did give me an excuse for sleeping as long as I do.

If you want to find out more then blah blah blah:
drugs.com | MedicineNet | WebMD

I hope at least one of you finds this helpful; thanks for reading!